Bacillus pasteurii (BP) is a ureolytic, non-pathogenic organism. We evaluated the hydrolysis of urea and liberation ammonia in artificial intestinal fluid (AIF). 109 CFU of BP was added to three flasks containing 100mL AIF fortified with 1000ppm urea. Two flasks were sealed and placed in a water bath at 37 degrees C and shaken at 100rpm. A calibrated ammonia ion-selective electrode was placed into a third flask to monitor ammonia. A fourth was used to determine the proliferation of BP. A fifth flask containing no inoculum was used as a control. Within two hours, 87% of the urea was hydrolyzed by bacterial urease. 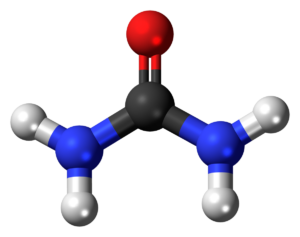 Our synbiotic product will exploit the above properties and augment the kidney toxin elimination functions.